In the 1890s, Frederick Law Olmsted was asked to landscape the property in preparation for a housing development.
Today, protected by local advocates and the Trustees of Reservations, it's a glorious park.

Recently turned into a book published by Levellerspress.com,

this is an interactive version of that work. 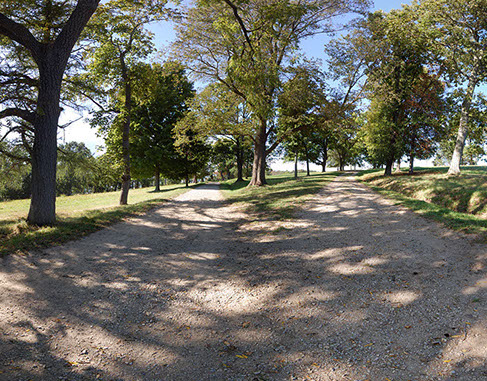 For the second half of his career, Frederick Law Olmsted bought a house in Brookline, Massachusetts, not far from his architect friend, H.H. Richardson. He dubbed the space, Fairsted, and it became the hub of his ever-expanding business. Even after his passing, his son and his team of landscape architects both expanded the site and preserved many of the features that captured their founder's passion and genius. During July 2019, I photographed the historic site, and, with the help of long-time U.S. Park Ranger Alan Banks, I assembled this tour. Welcome. 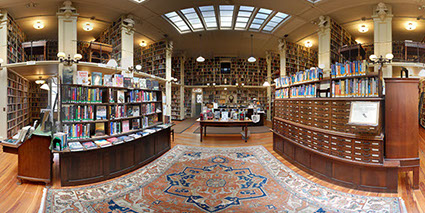 On Benefit Street in downtown Providence, Rhode Island stands the historic Providence Athenaeum. Founded in 1831, the library has served scholars and authors such as Edgar Allen Poe
and H.P. Lovecraft.

During much of 2019, I had the pleasure and honor of photographing the Marlboro College campus. Initially, I was hired to create a tour that would help promote the college to future students, but over the summer news of the school's merger with a Boston school changed everything. Instead of marketing, the project was now documenting a place in transition.

Amble through the apple trees and wander inside the library, dining hall and classrooms of Marlboro College.

All hands on deck!

Step on board the Hudson River Sloop Clearwater. Roam from bow to stern and poke around below deck.
See where Pete Seeger slept
and where a modern day crew live and work.

A palace of light, warmth and life stands poised just above the pond on the Frederick Law Olmsted-designed Smith College campus. The Lyman Plant House  was built in 1895. It's eight houses represent the
principle climates of the earth.

Step inside and explore this library of life.

The complete set of Panorambles tours are available
on the tours page of this site.